If buildings could talk, what would they say? 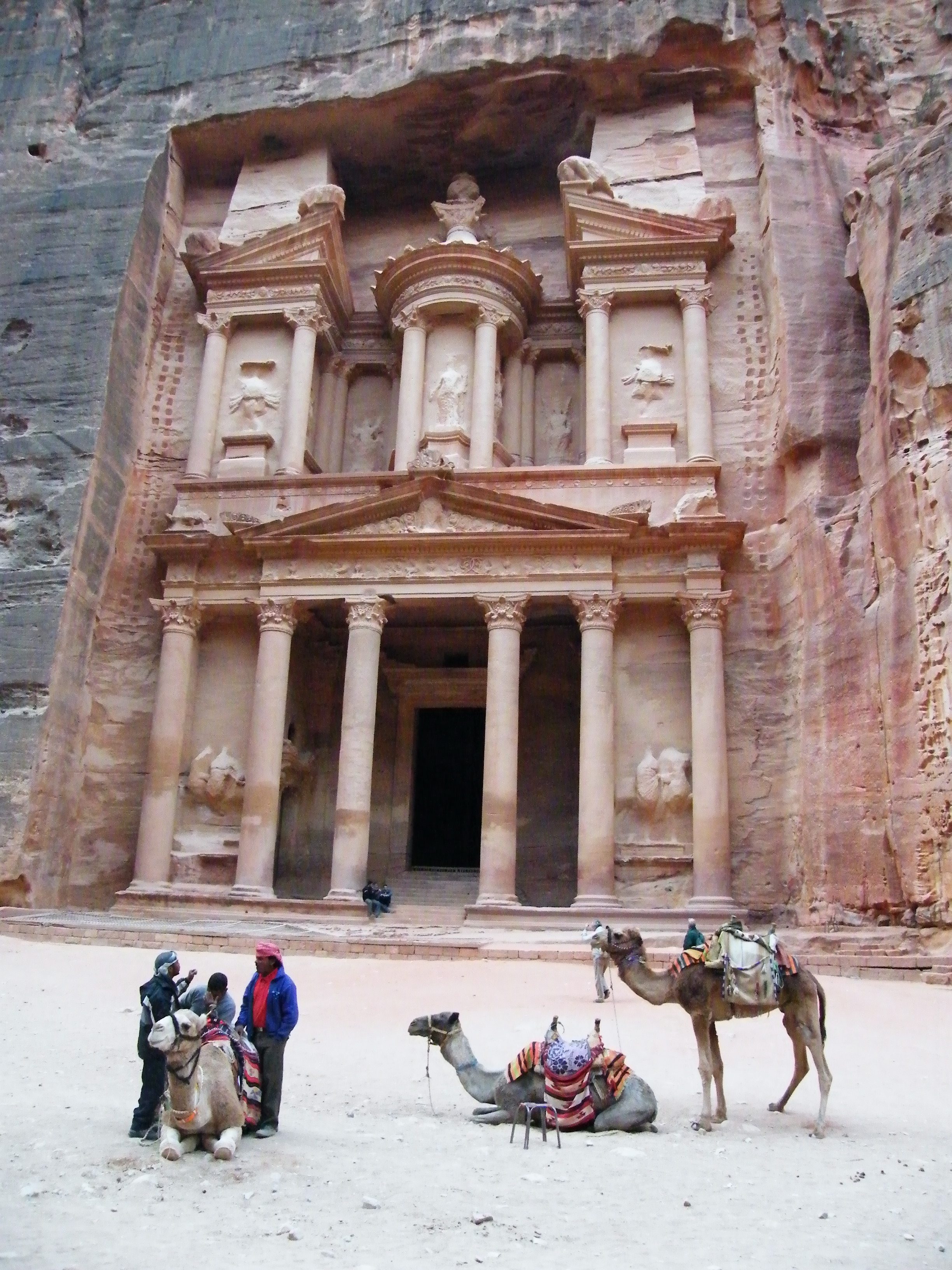 “The Treasury” is carved out of a sandstone cliff in Petra, Jordan. It is best known as the secret temple that Indiana Jones rode out of in the last scene in the movie, Indian Jones and the Last Crusade. But it is not a secret temple, it is one room carved into the cliff with an amazing facade many stories high. History tells us that it was originally a mausoleum, carved into the sandstone in the late 1st century. Lore tells that later it was used as a place to hide stolen goods high up on the facade, which would have only been accessible from the outside – hence the name “The Treasury.” So, what is the real story? If only it could talk – the people that were buried there, the footsteps in the single room, the stolen loot found.

Traveling to archeological sites, I often find myself wondering about the people that lived, played, worked there. It’s wonderful to walk in their footsteps, but, what were they thinking, saying, hoping? The buildings (or parts of buildings) can show us what they built and give us a peek into their lives, but there is so much more. If only the buildings could talk.

In remodeling projects, I have found old newspapers inside walls and uncovered old wallpaper behind kitchen cabinets. It gives us an insight to the people that lived there, maybe generations ago.

Maybe putting together a memory box and leaving it inside a wall will give someone, later on, a view into years past. What will you leave for future generations to find? What would you put in that box?

The team worked with me to come up with a design that included most everything I wanted in a kitchen/bath remodel at a very competitive price. The usual remodeling bumps were handled professionally and I was always kept up to date on the project progress. Overall they were trustworthy, professional, and talented remodelers.

You can trust them to come up with great ideas, provide the best sub-contractors you can imagine, and to follow through with all details of your project until you are thrilled with the result.

We absolutely LOVE our new kitchen! It’s been delightful & fun getting to know you two.